The Mass of St. Gregory

The Mass of St. Gregory was a woodcut created in 1511 by Albrecht Dürer1. The art depicts the apparition of Jesus appearing before a church. In this version, the entirety of Jesus appears before the crowd, as opposed to other tellings which only include a body part or his blood. The scene has many objects, including one of Dürer's signature items: the ladder. Other objects include a large altar, a box with Albrecht Dürer's signature and date, a chalice, and candles. The crowd appears to be fearful yet devoted before the crucified Jesus.

In James Sicner’s mural, the scene remains much the same, with the loss of the angels, some of the crowd, and the backdrop. The background is instead a squared image of Mayan symbols. The art is squared along the lines of the background itself, appearing at an angle and wrapped around an ionic column. This angle makes the image look as if it is coming towards the viewer. However, the image remains in the same orientation, with Jesus facing towards the center of the mural. The Mass of St. Gregory is located directly above Melencolia I and to the left of The Madonna on the Crescent, completing Sicner’s Dürer corner. 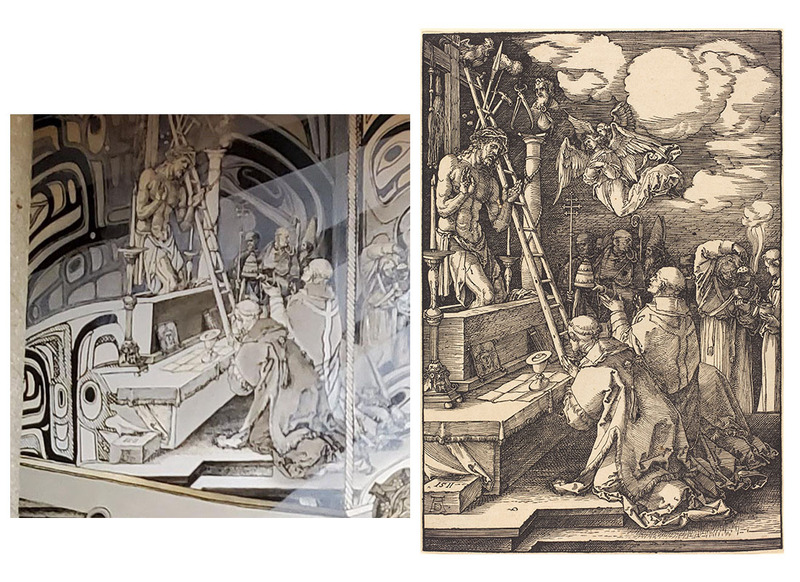