In Sicner’s recreation, the image is the exact copy except for the orientation. On the mural, the image has been flipped horizontally so that the angel is located on the left. The angel and the skeleton frame Blake’s other work The Christian Triumph. In addition, the skeleton is perched on top of Dürer’s and Dalí’s crucifixions of Christ. 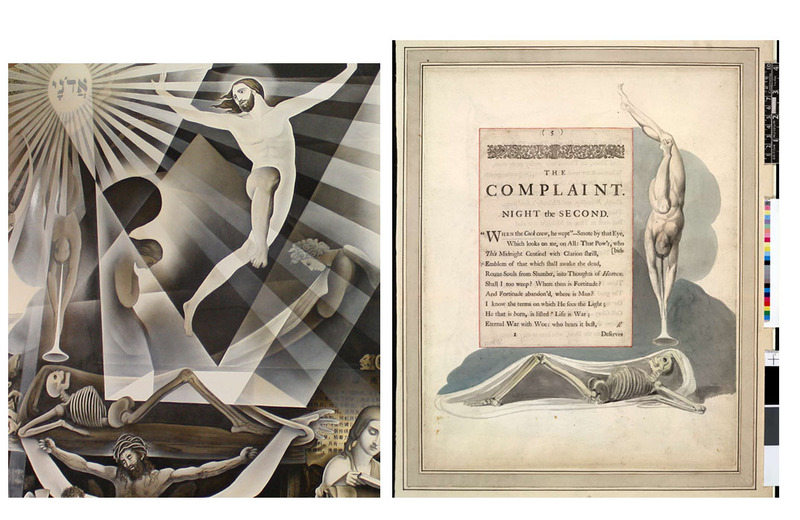 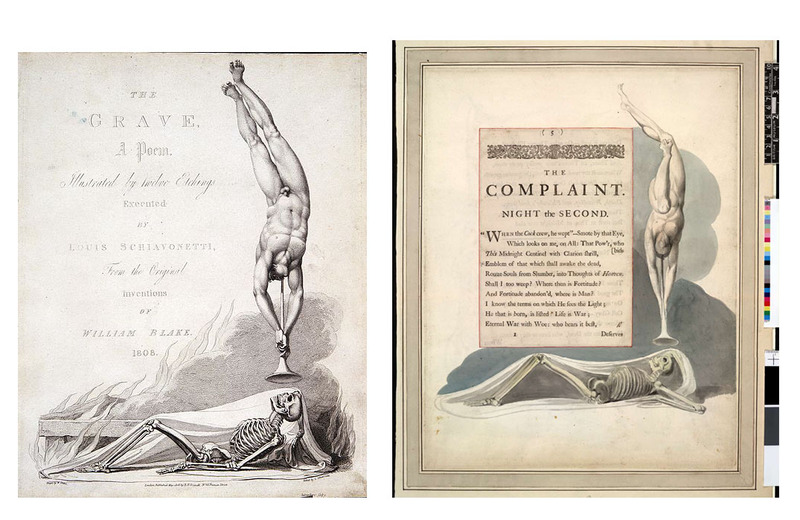 James Sicner discusses his process of using different versions of the same work of art.