Gustave Doré’s The Giant Antaeus lowering Dante and Virgil is the only Doré piece on the mural that is not a biblical illustration. Instead, this piece is an illustration of Canto XXXI of Divine Comedy, Inferno, by Dante Alighieri1. This art depicts a mythical Greek giant, Antaeus, lowering Dante and Virgil to the ground. Antaeus in naked and surrounded by sharply peaked mountains.

Doré’s art as represented in James Sicner’s mural retains giant Antaeus, but replaces Dante and Virgil with a naked female. The woman could be a biblical character such as Eve. Unlike the other Doré works, Antaeus is located on the right side of the mural, between the center and the edge. Much of the background and surroundings are not present in the mural, but Antaeus’ face and hands can still be distinguished. Additionally, the image has been flipped in its orientation so that Antaeus looks to the right. 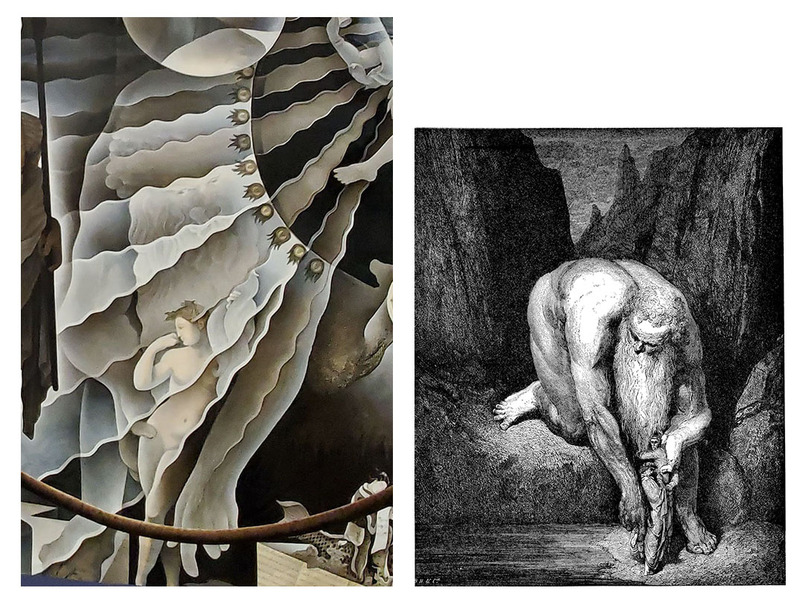