The Confusion of Tongues

The Confusion of Tongues by Gustave Doré is another one of his works included on the mural. The art features a crowd in a confusion of tongues in front of the Tower of Babel.

James Sicner’s recreation looks largely the same, however, the contrast between the tower and the rest of the piece was heightened. Upon first glance it seems as if only the tower was preserved from the original art. However, in an early version of the mural, the man at the center lunging with arms spread was included as well. Eventually he was painted over, leaving only the tower on the mural. A rare image of this figure is seen in the image below. 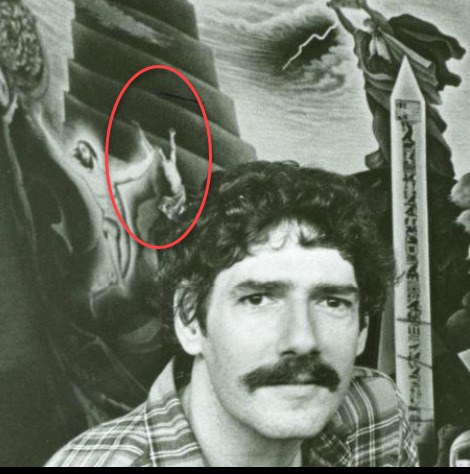 Pictured: Sicner posing in front of an earlier version of 'The Confusion of Tongues' 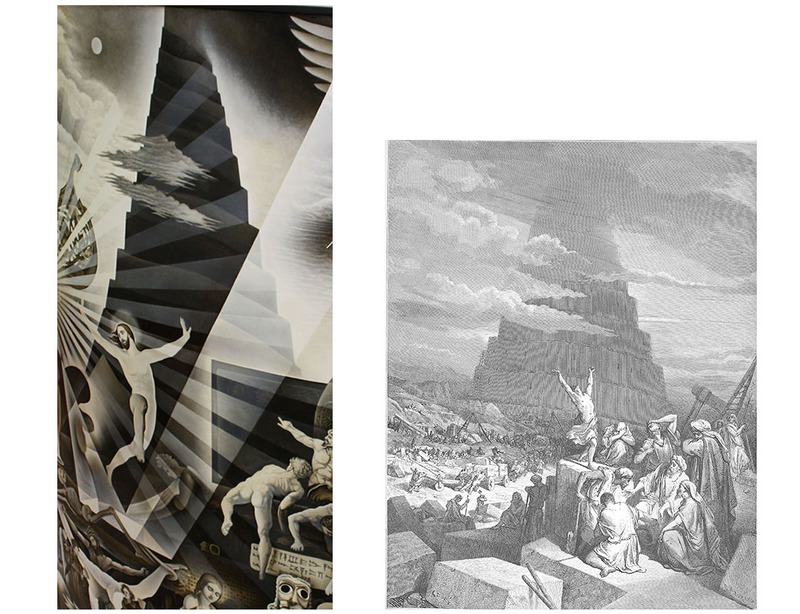