Albrecht Dürer’s Apokalypsa, IX is another Dürer work that was recreated in this mural. Unlike Melencolia I, The Madonna on the Crescent, Christ on the Cross with Three Angels, and The Mass of St. Gregory, Apokalypsa, IX is located on the far right side of the mural and only features a part of the art, not a recreation of the entire image. In the original image, a seven-headed dragon breathes fire onto the feet of an ascending Mary. A representation of god and heaven makes up the top portion of the piece. Stars, cherubs, angels, clouds, and nature create the surroundings of the main three subjects.

For his mural, James Sicner only took the dragon from this piece, placing it in the area of Hindu gods and Buddha. Its far right placement also makes it a border to the front of the mural, much like how the other Dürer works do on the far left side. The dragon’s heads all have different expressions, but remain fearsome. Each dragon head has a crown crookedly placed on its horns. The dragon as a whole faces toward the center of the mural in its original orientation. 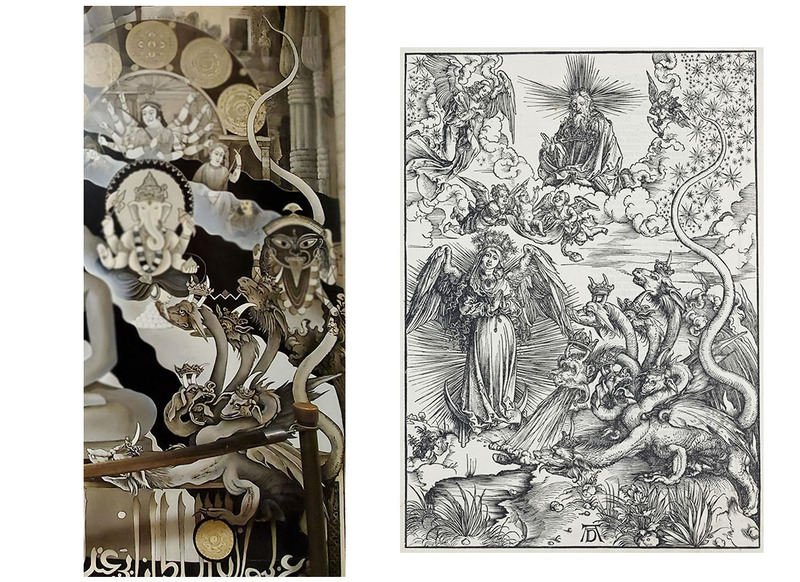