The Dove Sent Forth From The Ark

The Dove Sent Forth From the Ark by Gustave Doré is a piece that depicts Noah’s Ark surviving the Great Flood. The ark is surrounded by the dead bodies of those who did not survive piled on the shore. Despite the mass death depicted, rays of light shine behind the ark, giving it a holy glow.

Sicner recreated this piece on the far left side of the mural, in the middle of three Dürer works. The art retains many of the pieces from the original, with the exception of a section of dead bodies obscured by another work. The ark, the background, and the foreground remain largely intact. Sicner uses Doré’s piece as the centerpoint of a Christian section of the mural. The ark is surrounded by other Christian passages, such as the crucifixion of Jesus and Doré’s own The Confusion of Tongues. 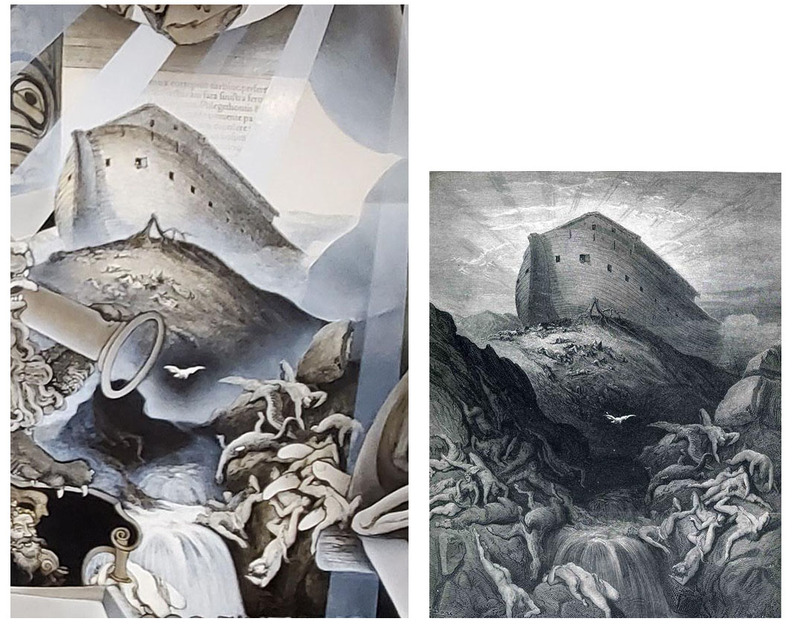