About the Artist James Sicner 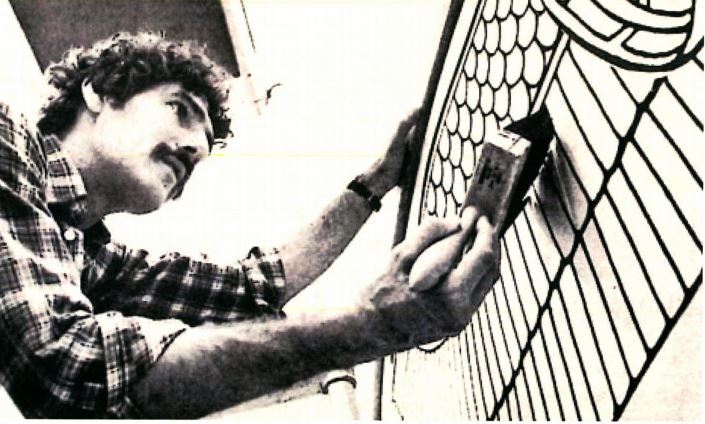 James Sicner was born July 9, 1938 in Chicago, Illinois1. He studied at the National University of Mexico in Mexico City and the University of Colorado at Boulder1. Sicner was a very successful artist, having exhibits of his work displayed in places such as New York, Paris, Rome, London, and Mexico City1. One of his largest projects was the America’s Bicentennial Collection, which was displayed in both Washington D.C. and the Denver State Capitol Rotunda in 19761. 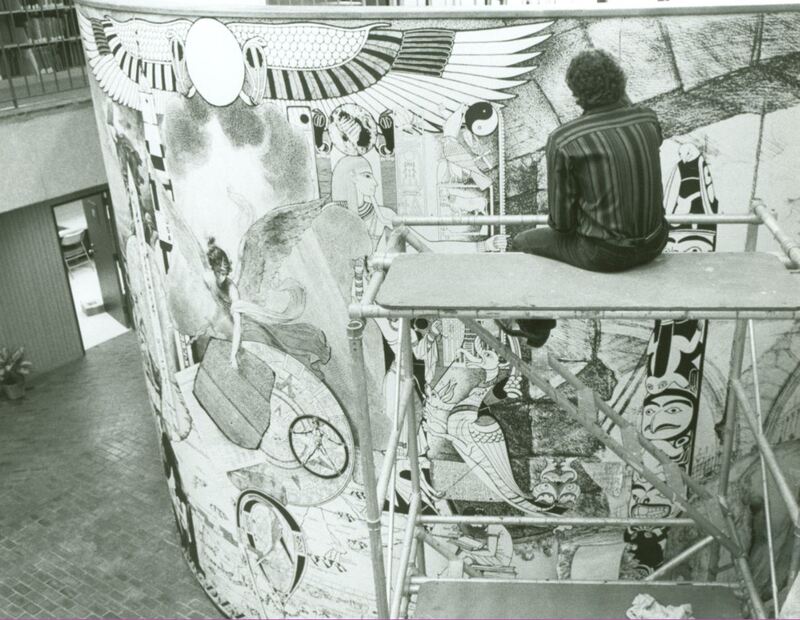 Sicner was commissioned by the Ewing Halsell Foundation to do a collage-style mural for the Trinity University Coates Library in 19792. For over two years, Sicner spent his time researching different works of art, weighing which pieces to include in the mural. He decided that his theme and title of the mural would be “Man's Evolving Images, Printing and Writing.” Sicner crafted the mural for three years, including images that spoke to him aesthetically and thematically. Sicner used many woodblocks and etchings, taking advantage of their shadows for his black and white color scheme.

Despite the two years of planning, Sicner allowed the work to change and develop over time. There was no “master plan” but instead a constantly shifting set of ideas. 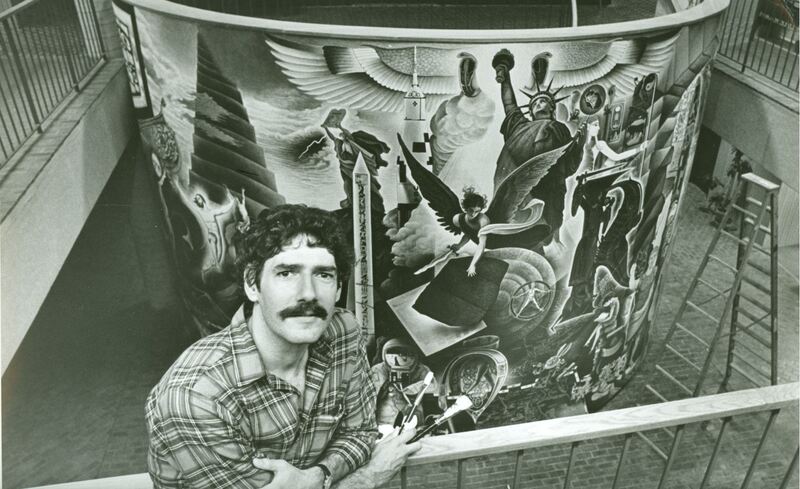 Sicner wanted to include pieces from all around the world. The front of the mural is filled with religious imagery, including images of Buddha, Ganesha, and Christ in different sections. Sicner’s images of Christ held special meaning for him due to the inspiration and timing of their creation.

The process of crafting such a large mural was a complicated one. Using recently developed technology, the desired image would be projected onto Eastman Kodak mural paper in a darkroom3. The image would then be adjusted with remote technology to the proper size. His photographer, Sonny Lee, also treated each image with archival chemicals to preserve the image for decades to come3. 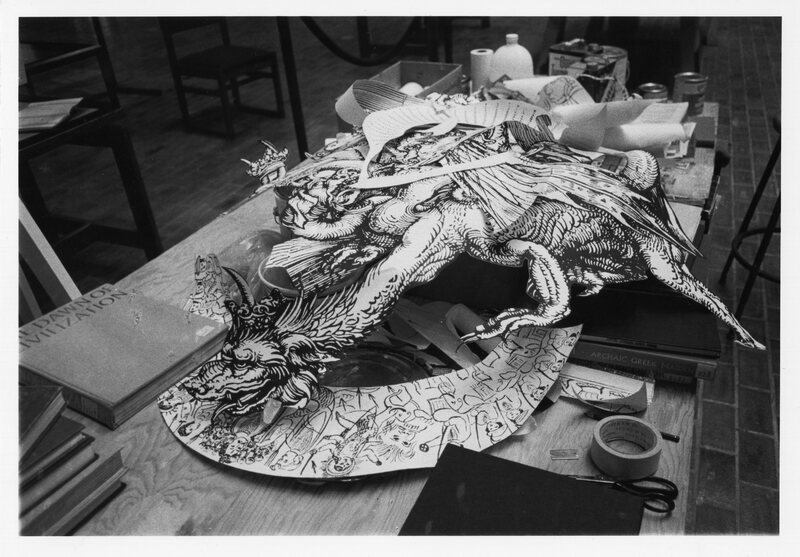 This mural, once completed, became the largest known montage mural in the world, with over 800 individual works of art4. The mural is special to both the Coates Library and the entire Trinity community. Current Trinity faculty, staff, and students as well as visitors stare in awe of the mural’s size and detail. Viewers discover new parts of the mural that they haven’t seen before, even if they spend every day in the library. Even after more than 35 years after its completion, the mural and James Sicner remain a significant part of Trinity’s identity and spirit. 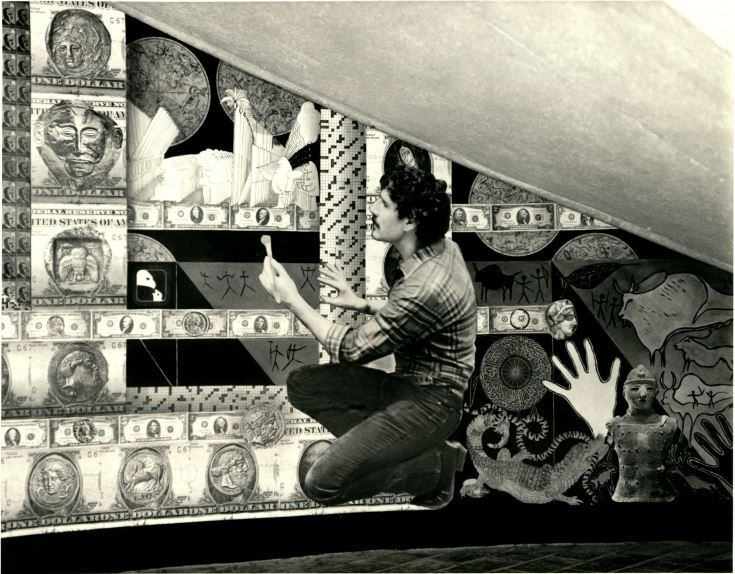